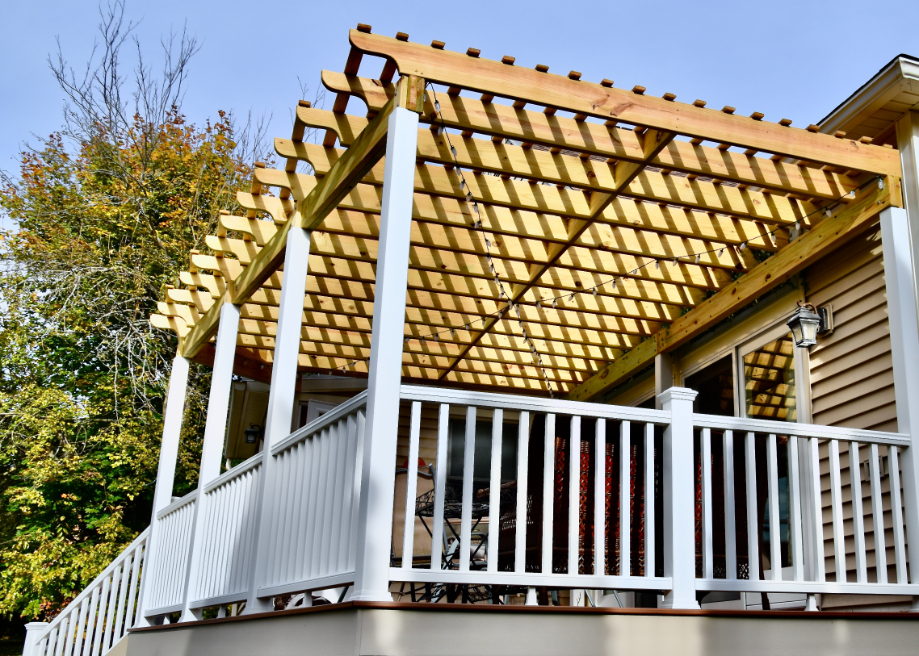 Homeowners in Wallingford came to Bencar Building Systems to discuss a deck replacement at their home. They have a beautiful yard with a south facing deck. Over the years the trees have been removed and the lack of shade made it difficult to sit out there during the day. They had resorted to umbrellas and sun shades that needed to be replaced yearly but they wanted something more permanent.

When we discussed their project, we told them about a pergola we built for another client in Wallingford. They went to look at it - and loved it!

We put together a complete cost for their project which involved retaining the framing, replacing the decking, stairs and all the railing. We made necessary changes based on decking color and railings selections and once we obtained the building permit we got started in mid-August.

We completed the project 2 weeks later and the homeowners were able to enjoy their new deck and pergola during the beautiful New England Indian summer. 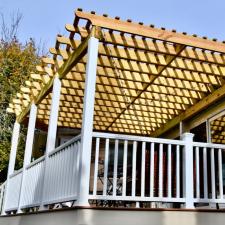 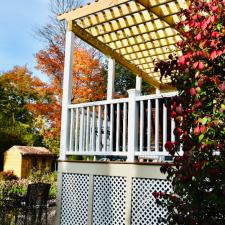 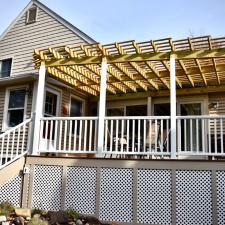 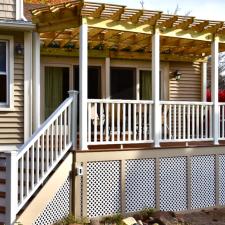 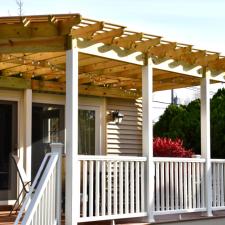 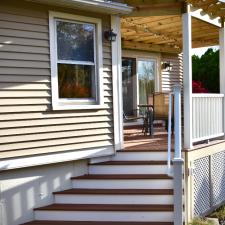 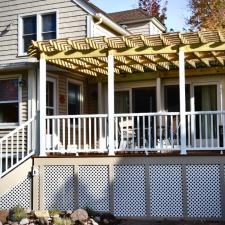 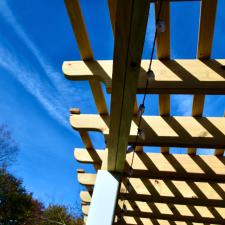 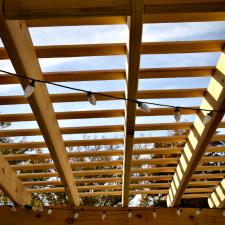 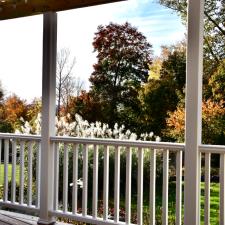 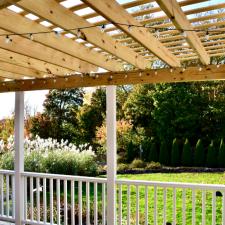 Products Used: Trex Tiki Torch Decking, Trex Trans White Railings with Post Sleeves
Client Review: We chose Bencar Building Systems because of their reputation and presentation of the project. They are well-organized and provide good communication. The workers on the project were great - professional, organized, and neat.
- Gerald R

If you are looking for aBethany, CT remodeling contractor for your remodeling project, then please call 203-269-9204 or complete our online request form.