From Deck to Sunroom in Wallingford CT

Bencar Building Systems originally completed work for this family in 2013 and a few years later they called to talk about turning the back deck on their home in Wallingford into a sunroom. They get direct sunlight all day and even with an awning it was too hot and when it cooled down, they had the bugs.

We thought this was a great idea as we build a sunroom on an existing deck a few years prior for another client and they were extremely happy with the results. We met with them, showed them pictures of what we expected it would look like and discussed the space needed to be comfortable. We kept a small portion of the existing deck outside the sunroom to allow room for a grill.

At Bencar Building Systems, we try to anticipate our client's needs as we put together the proposal and from experience, electrical is always a need! We included an outlet by the door and wiring for a ceiling fan. For this project we installed new 6x6 posts under the existing deck for support. We used knotty pine for the ceiling for a finished look. The design is pretty simple - frame the sunroom and then use screen doors for the screened area. Here we used eight with one being the door to outside.

We kept the siding on the house wall to save on expenses but replaced the old railings with maintenance free railings.

Our clients love it and said they use it for many months throughout the year.

From Deck to Sunroom Before Gallery 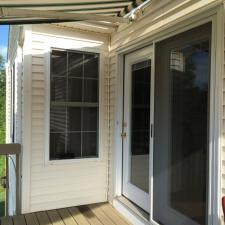 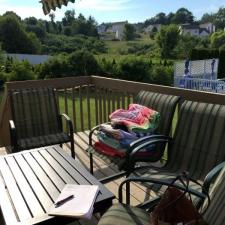 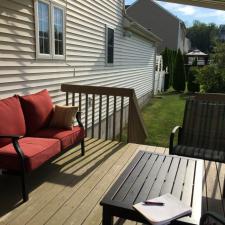 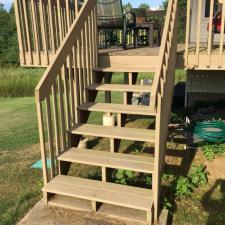 From Deck to Sunroom During Gallery 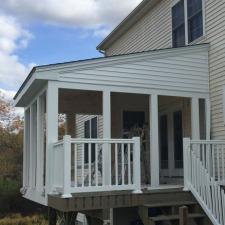 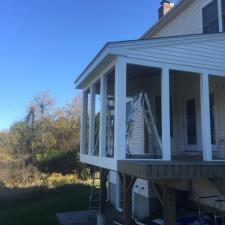 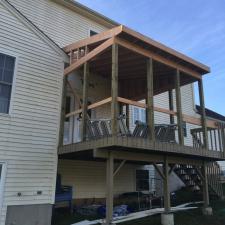 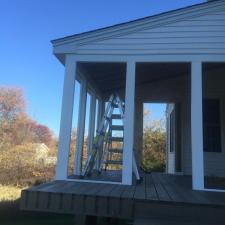 From Deck to Sunroom After Gallery 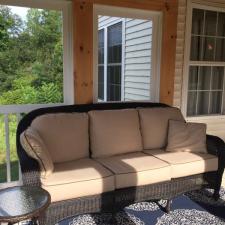 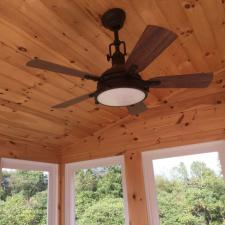 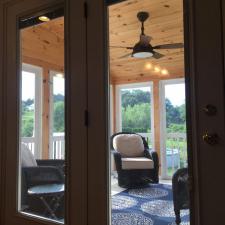 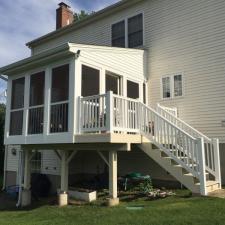 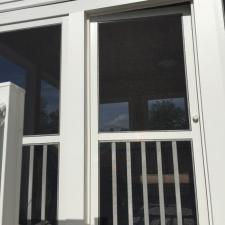 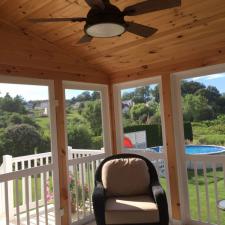 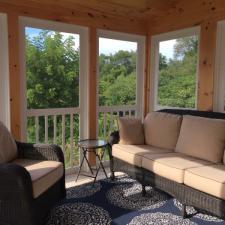 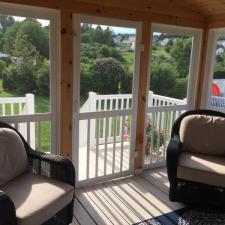 Client Review: Thank you for another wonderful job! We love our screened room - We spend so much time out there and it's so relaxing. You guys are great and we appreciate all your hard work!
- Patty M.

If you are looking for a Wallingford remodeling contractor for your deck or sunroom remodeling project, then please call 203-269-9204 or complete our online request form.